Back to events
compilation, stand-up 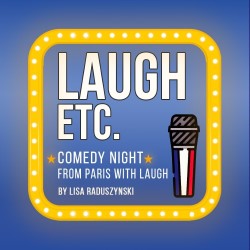 From Paris with laugh... Stand-up with an irresistible French touch, with some of the top comics of the Fringe. One of the best showcases in Paris since 2015, with different comics every day and hosted by Lisa Raduszynski who makes the audience feel at ease. She's the best unknown comedy host of her generation. She was finalist of Ladies of Laughter in New York in 2018. She wrote and performed several skits on French national TV channel France 2. She has a million views on social media for videos shared with French comic La Bajon.