Back to events
absurdist, solo show 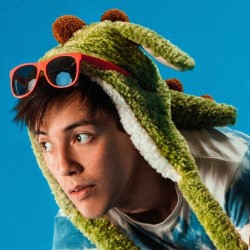 A triceratops is revived from the dead. The monster under the bed has returned. A spaceship is sent back in time. And all in the name of saving the world... An absurdist, punchline-dense, tightly-scripted, musical, one-of-a-kind adventure, and the maddest hour of your goddamn life.

Just The Wee One