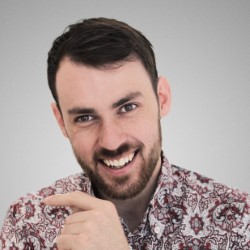 Alex Hylton is almost absolutely certain he's in love. Join the winner of Best Show at Leicester Comedy Festival as he attempts his most ambitious project yet: a stand-up romcom to retell the tale of the best and worst year of his life. A story of love, betrayal, fame and a small Irish greyhound. ‘Catch him now, whilst he’s still playing the small rooms!’ (Huffington Post). 'Vivid, well-crafted storytelling, breathlessly funny!' (ThreeWeeks). Winner: Best Show, Leicester Comedy Festival 2020.