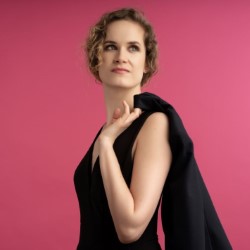 In her first solo show, Swiss Comedy Talent Award finalist Michelle Kalt tackles the aftermath of an embarrassingly peaceful break-up, covering everything from bad dates (or whatever you call it when your uncle slaps your bum at Christmas) to networking at a funeral and curing self-esteem issues with prostate meds. As seen and heard on Roast Battle (Comedy Central Germany), Deville Late Night, Comedy Talent Show, Comedy Talent Battle and Comedy Zmorge.

Just Up The Stairs