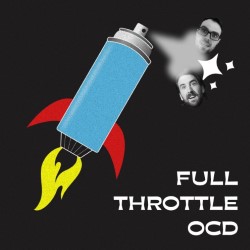 Free show! Jim fights the mundane and holds no punches. After moving to Chicago to chase his comedy dream, he's going full throttle! Come listen to his fresh takes on life and forget about this cesspool of a world we are leaving our children. Then there's Kevin: the fourth of five kids, a military veteran in a divided country, and – as if things can't get worse – he's got Obsessive Compulsive Disorder. Come join the battle inside his brain. Maybe he'll figure out who he is.