Back to events
comedy, stand-up 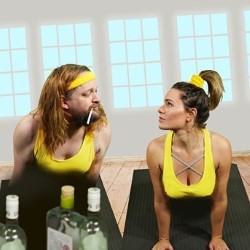 What if men could really understand what women want? Is it even possible? And if it was, would their heads implode? Join comics Kimberley Datnow and Peter Bazely this summer, as they probe, prod and explore the ins and outs of What Women Want. This two-handed comic performance will take audiences on a whirlwind ride through the female psyche, as seen from both sides of the gender divide. Expect comic songs, special guests and a hilarious tag team of two award-winning comics as your hosts. 'Distinctive stuff' (Bruce Dessau, BeyondTheJoke.co.uk).