Back to events
musical theatre, sci-fi 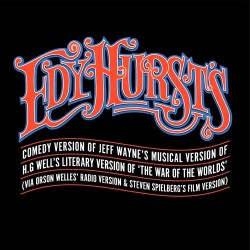 If you're not convinced by the title I have no idea what this is going to do. As seen on MTV UK, BBC Radio 4 Extra, NextUp Comedy. Nominated for BBC New Comedy Awards 2017, Nominated for Best Alternative Act, North West Comedy Awards 2022 and Musical Comedy Awards finalist 2021. 'Bursts with comedic joy' **** (Skinny). 'Funny. Quirky, Deep. Seamless' **** (Lancashire Evening Post). 'Delightfully silly songs' (TheWeeReview.com).