Back to events
sketch show, absurdist 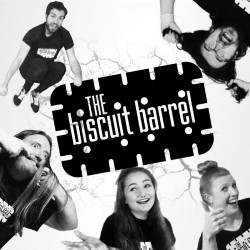 69 sketches performed in an hour! The acclaimed hyperactive group return to Edinburgh. 'The hit-rate of their sketches is high' (List). Absurd slapstick, quickfire wordplay... and a detective trying to stop a killer from the future destroying the show. Skits include a bickering set of door keys, an abattoir for vegetarian substitutes, and the strange creatures of the Origami Universe. Featuring DazzReviews, as seen on YouTube. The Barrel have previously had sold-out runs at Edinburgh Fringe, Brighton Fringe, Winchester Comedy Festival and their own comedy night in Bristol. 'Fast, slick and very funny' ***** (Derek Awards).